The most vital time for child’s physical growth as well as psychological development is 0 – 5 years of age. However, many parents can’t afford sufficient time to their children due to employment, traffic stress and so on. The Children of urban areas like Dhaka city pass most of their time by watching television, playing games on mobile phone, tab rather playing outside playground with their peers. As a result, these children often can’t socialize and create a world of their own. Parents are always concerned about their children’s physical growth but often can’t understand their psychological upset at earlier stages from which the children can easily be recovered. When parents realize, it sometimes becomes too late to recover.

Realizing the importance of the issue, faith Bangladesh has taken the initiatives to organize School-based program for Special Children to assess their physical growth and psychological devgelopment initially within Dhaka city and then other areas of Bangladesh. 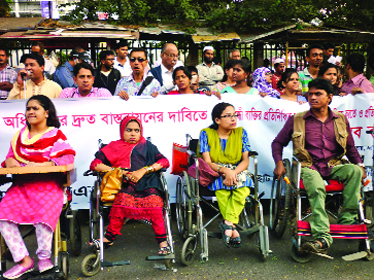